A trip to Flamborough Head A windy, mainly overcast day with occasional light rain, I head to the white cape to try and tick the Grey Phalarope that has been at Thornwick Pools for a few days. It is one of the easier lifers ever: as I enter the hide at Thornwick Pools, a birder points it to me. It bobs up and down the waves at the pool, constantly picking invisible prey from just under the water surface. Not the usual spinning behaviour that this species often carries out. After a bout of feeding, the phalarope swims to behind a lump of soil, where, sheltered from the NW wind, it preens for a while. A few Moorhens, Teal, a Shelduck and a Greylag are about at the pools too. 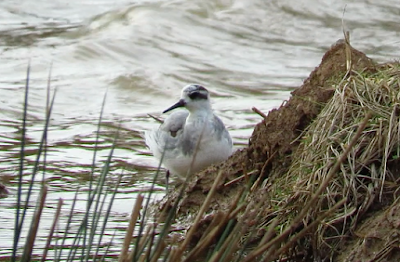 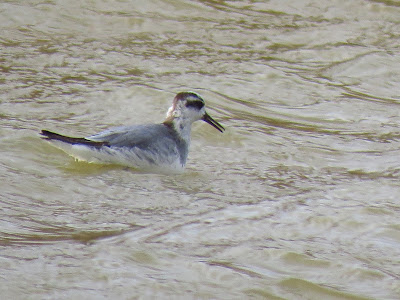 Grey Phalarope with prey.
I return to the car and drive to South Landing looking for some shelter. The tide is almost high. A flock of Turnstones rests by the tideline. I watch Gannets diving just offshore. Cormorants feed too. Guillemots steadily motor past. An immature drake Eider preens in the distance. A Rock Pipit calls as it flies across the landing. 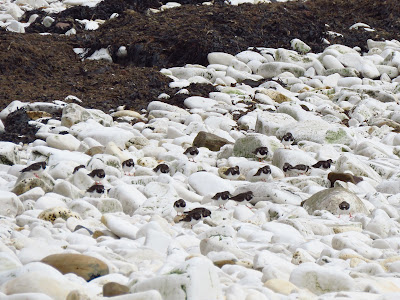 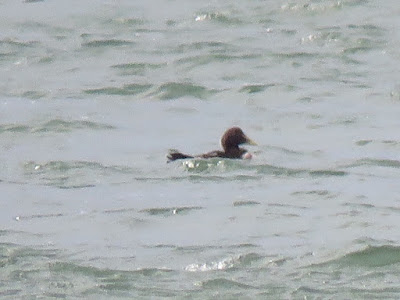 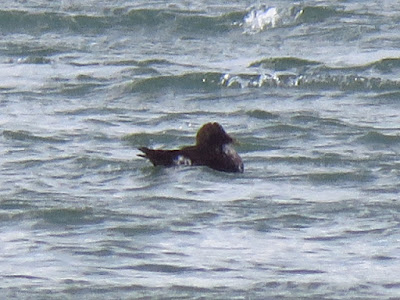 Immature drake Eider.
I decide to go to Bridlington for lunch. I search for the Purple Sandpipers on the sea wall. There are 19, with Turnstones. I find another one feeding on the slipway on the south side of the harbour. About 80 Redshank roost on the sea wall. 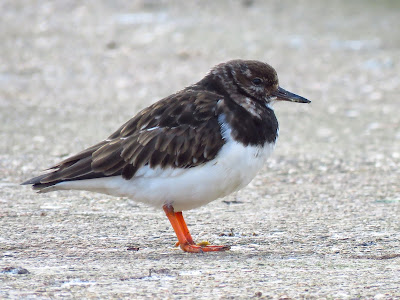 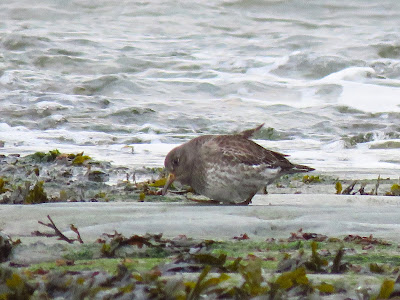 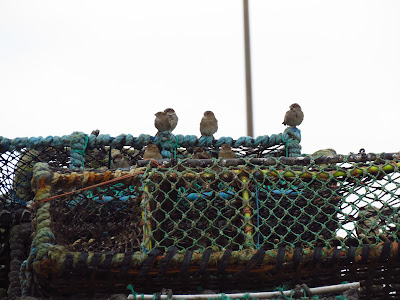 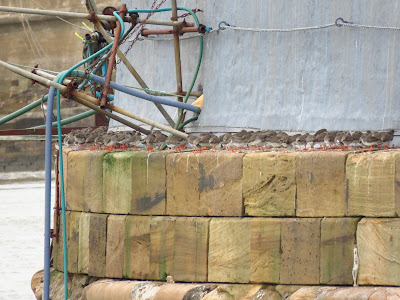 Redshank roost on harbour wall.
Posted by Africa Gomez at 16:10

The Wild at Hull Map

This blog reports on day trips to wild places out from - or in - the city of Hull. I often I visit the same site repeatedly. Info about the site, with links is provided on the first visit. Feel free to comment, add your views or info or suggest other places to visit!

Africa Gomez
I am a biologist interested in Evolution, Behaviour and Ecology based in Hull (U.K.). I like to use photography to document animal behaviour. I have been hooked on Natural History since I was a kid. My research focus on invertebrates, especially those dispersing passively, and have included rotifers, Artemia and tadpole shrimp (Triops). I also have an obsessive interest of all topics related to human evolution and apes and I am a birdwatcher.